Over on Twitter, Archangel (@mortaltaste) has asked about the plaque which records the untimely death of John Rosebrook, who was struck by lightning on 10 Aug 1866. 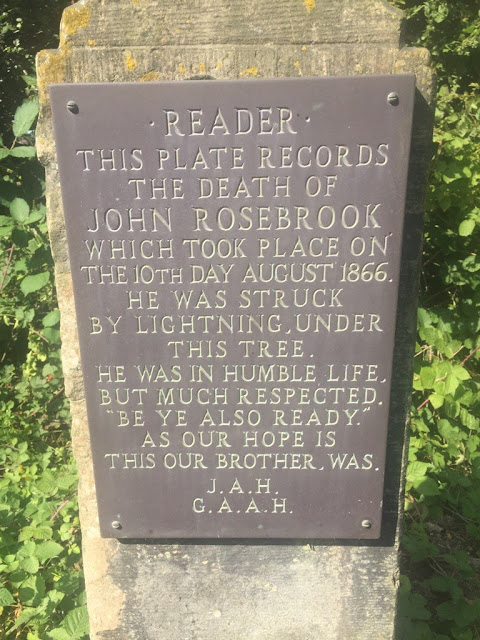 According to the Chelmsford Chronicle 17 August 1866, he was 43 years old and a shepherd in the employ of Mr. Henry Sworder.  When a storm swept the area, John took shelter under an elm tree while out in the fields harvesting wheat. The tree was located midway between Great Hallingbury church and Latchmore Bank. He appeared untouched, other than a wound to the back of his head.

In Dec 1866, the owner of Hallingbury Place, and a major landlord for the area, John Archer Houblon (the J. A. H noted at the end of the plaque) and his second wife, Georgina, had a plaque made and placed at the site of John Rosebrooks' death.

I'm not sure if the plaque pictured above is the original or not? It's hard to tell what material it's made from. It isn't attached to a tree anymore, Stuart Axe believes it was moved (a few yards to the left) to the current location during the construction of the M11.

As a side note, while I was researching this post, I found the report of John Hale, of Braxted, who was killed during the same storm, in almost exactly the same circumstances. He was out in a field, cutting wheat, when struck by lightning and killed immediately.

Another postcard has arrived!! It has been added to the Gallery. 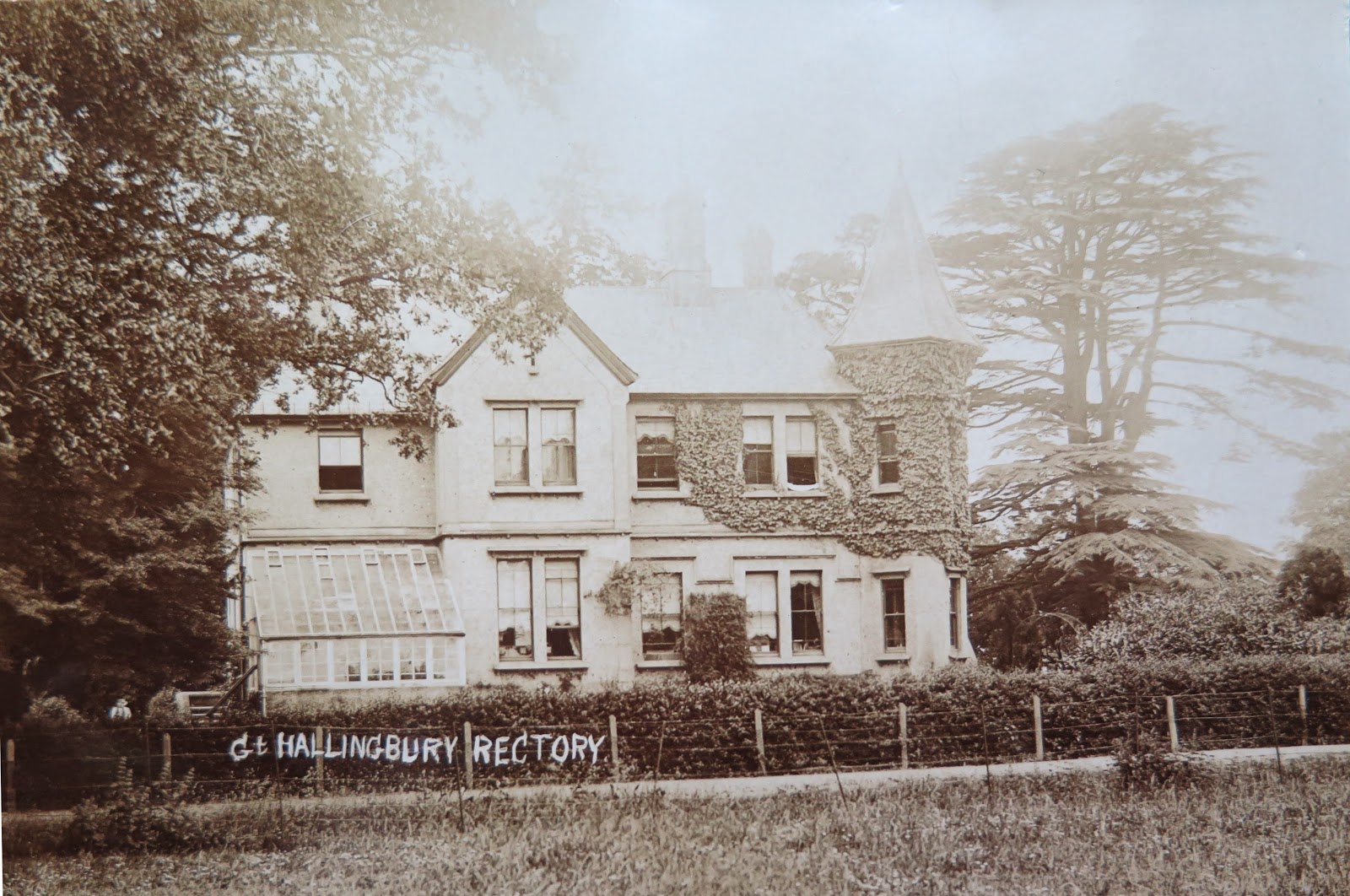 Added to the website is the population data for 1801 to 1971, including a graph of the data.

Email ThisBlogThis!Share to TwitterShare to FacebookShare to Pinterest
Labels: population

The 1841 Census for Great Hallingbury has been added to the site. Also included is a list of the Top 20 Surnames by Frequency.

Email ThisBlogThis!Share to TwitterShare to FacebookShare to Pinterest
Labels: census

The following Poll Books have been added to the Records page:
The other Poll Book entries have been updated to include those with Freeholds in Hatfield Broak Oak but who lived in Great Hallingbury.
Posted by Laren at 12:53 AM No comments:

Email ThisBlogThis!Share to TwitterShare to FacebookShare to Pinterest
Labels: pollbook

I've just received my first Great Hallingbury ephemera - a postcard from about 1907 showing St. Giles Church. It's been added to the Gallery page. 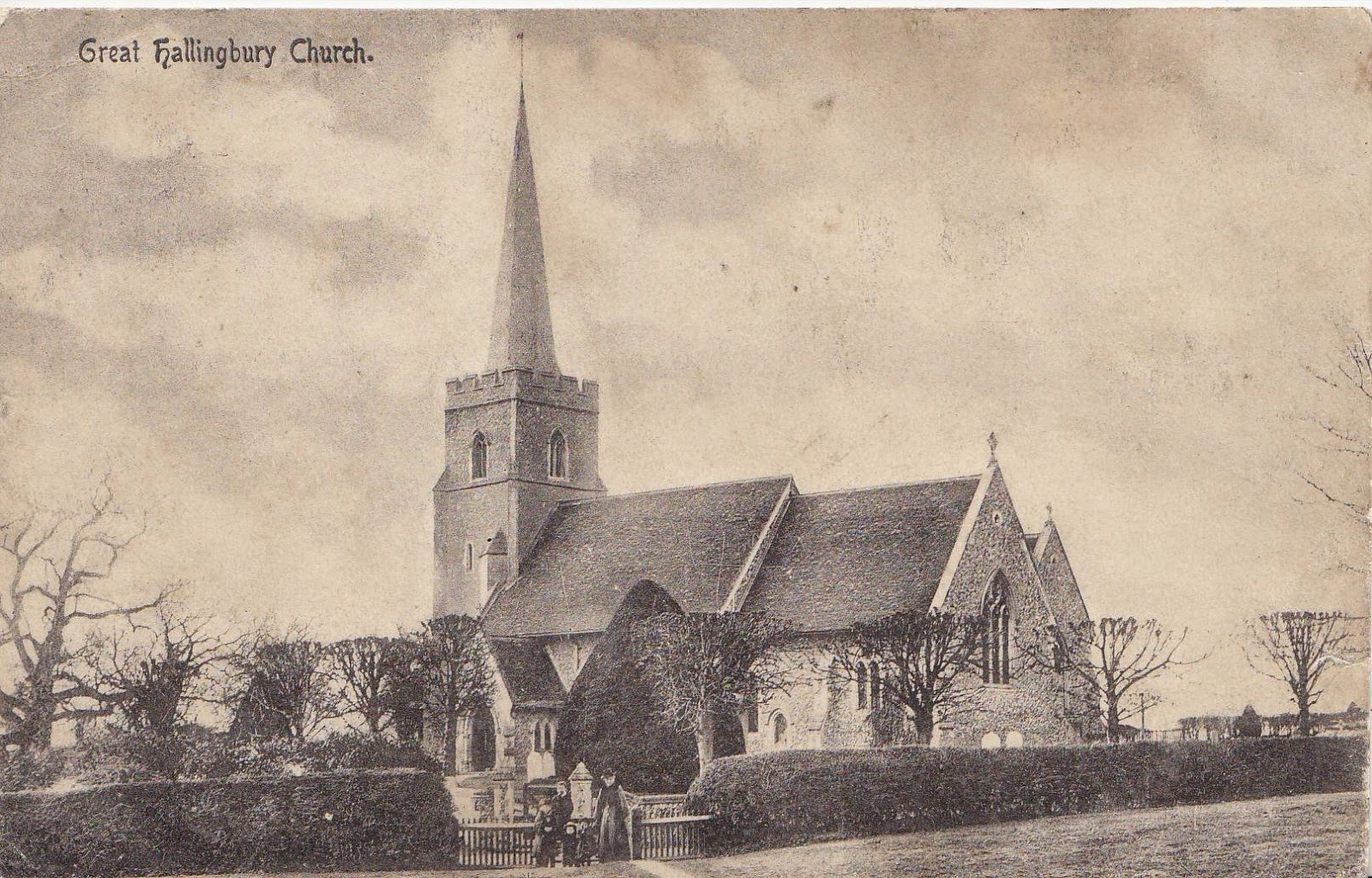 This site is for the One Place Study of Great Hallingbury, Essex, England. We'd love to hear from anyone interested in helping out or contributing information.